Enjoy this recipe with our Corona de Aragón Garnacha Blanca 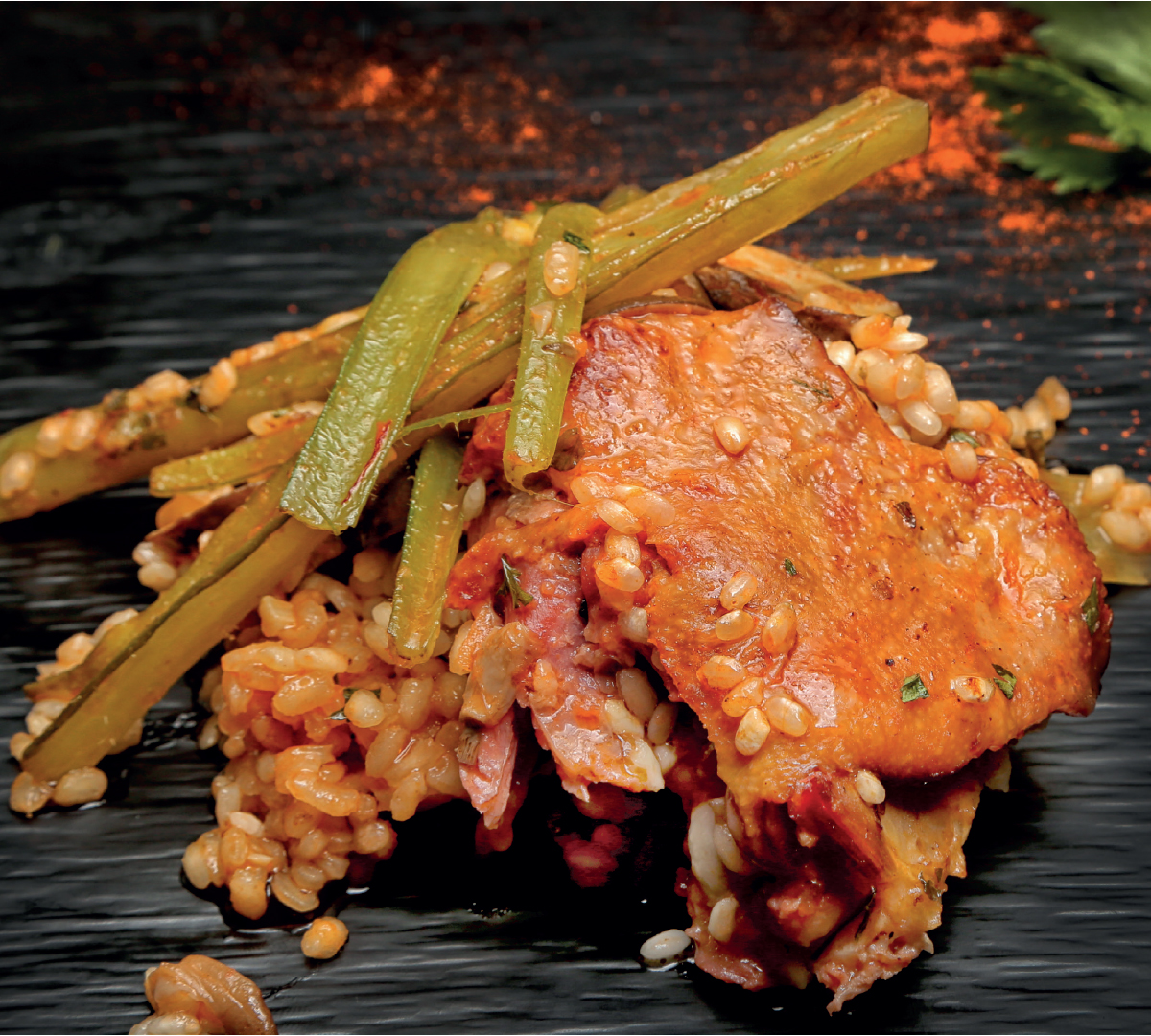 To assembly: serve the dish on a black slate with a duck wing and place some borage stalks and paprika on the side. It can be accompanied with a truffled ajoaceite.

Óscar Samaniego is now working in Puerta Cinegia, but he is better known for his time in his restaurant La Casucha, where he cooked for a decade. His father, Andrés, was a head chef in some of the more traditional restaurants in Zaragoza, and the one responsible for Oscar choosing the trade. He started as a kitchen helper in a hotel in Mallorca; he worked in several of the restaurants of Zaragoza and the Canary Islands where he learned to be acook. He defines himself as an old school cook, and an unconditional supporter of the traditional cuisine and the seasonal produces.

The recipe of wild mushrooms rice and duck as well as the Chef bio is an extract of the Golden Book of the Aragonese Cuisine first edition, an International Gourmand World Cookbook Award as the best book in Spanish in the “Local Cuisine” category.