Enjoy this recipe with our Corona de Aragón Garnacha 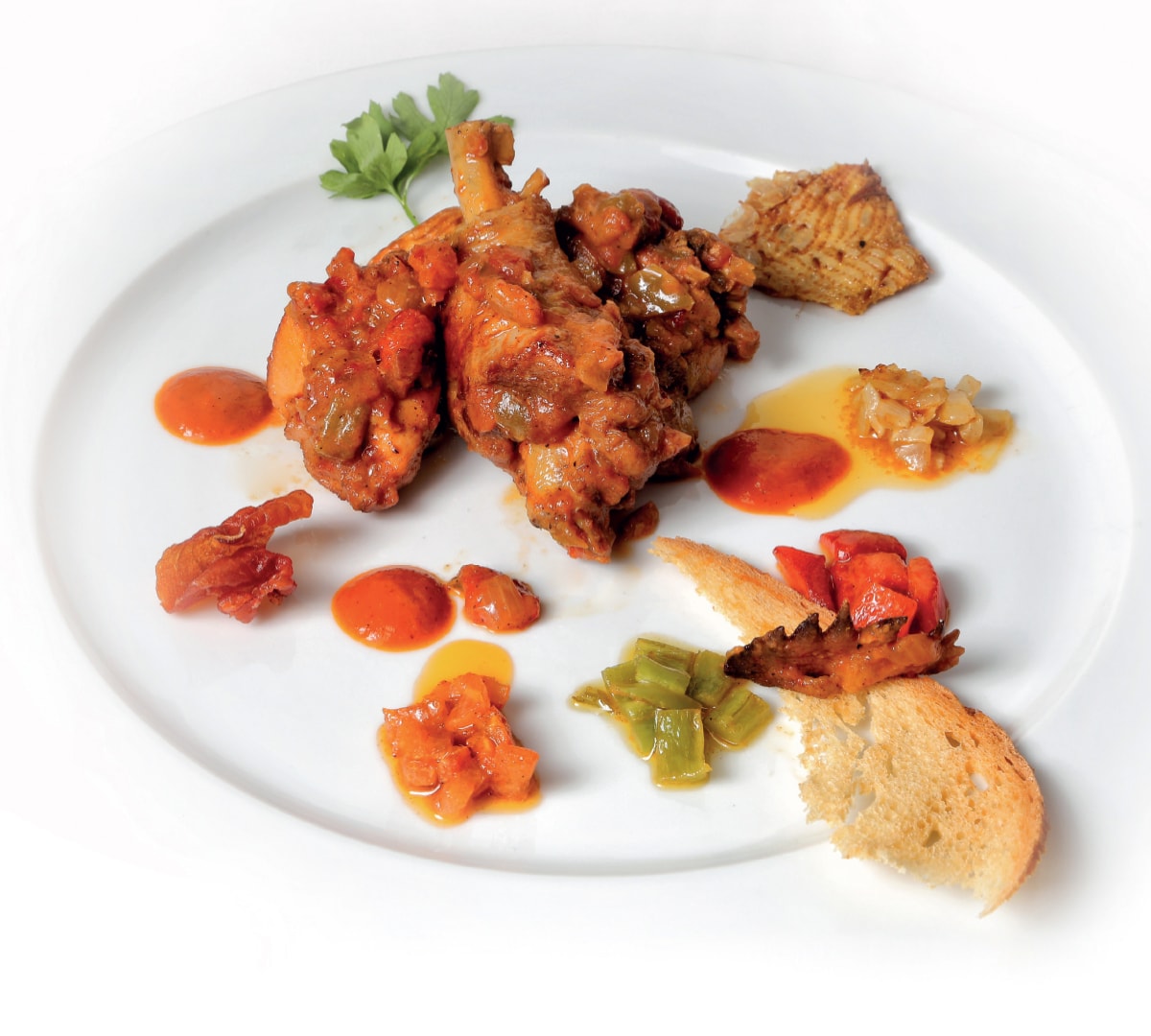 To assembly place 3 or 4 pieces of chicken on a plate encircled with chilindron (pepper/tomato stew). Blend in a mixer a small amount of the stew for decorating snowcaps. Crisp the chicken neck skin, as well as the slices of cured ham. Lightly toast the slices of bread. Remove and chop the chicken comb cooked along with the chicken and divide onto each plate. Finally garnish with a sprig of parsley, thyme, or rosemary, as you like.

Domingo Mancho is nearing the end of his career in the hospitality sector in Aragón where he is highly respected. He is the President of the Asociación de Cocineros de Aragón and head chef of the restaurant in the Hotel Don Yo since 1982. Domingo has been a direct witness of the evolution in the Aragonese cuisine. He was an atypical person for his generation. He entered the Escuela de Hostelería de la Casa de Campo in Madrid after he had observed with envy the boys of the Escuela de Hostelería of Toulouse in France when they came to do their practical studies in the hotel in Andorra La Vella where he was working.

The recipe of grandma’s country chicken in “chilindrón” stew as well as the Chef bio is an extract of the Golden Book of the Aragonese Cuisine first edition, an International Gourmand World Cookbook Award as the best book in Spanish in the “Local Cuisine” category.