Basic ingredients of our traditional gastronomy, such as borage or potato, created by the hand of Clara Cros Lacal, bring a new dimension to flavor. How about a glass of El Circo, Payaso, Garnacha Rosé to accompany it? We find it´s the ultimate pairing. 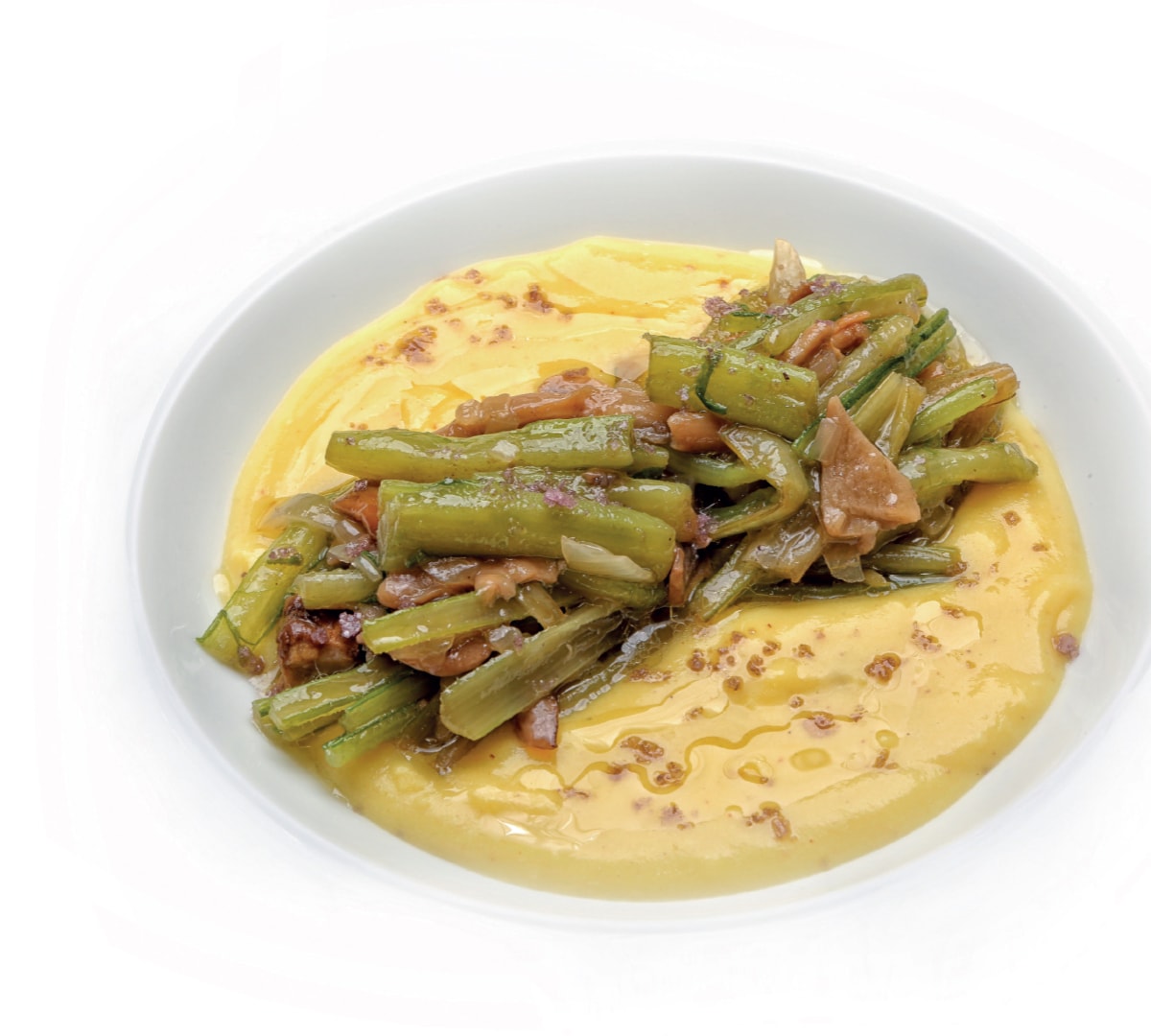 To Assembly: Place the mashed potatoes in a soup plate. Arrange the other vegetables on top. Garnish with a little oil and some salt flakes.

Clara Cros was compelled to work in La Rebotica, her parent’s restaurant in Cariñena, but over time this obligation has converted into devotion. Unlike her mother –Nati Lacal- she studied cooking in the Escuela de Hostelería de Miralbueno. Nevertheless she says that her greatest influence is her mother, who instilled in her a passion for home cooking, from locally sourced products and served in a warm manner.

The recipe of borage, king oyster and portobello mushrooms and potato as well as the Chef bio is an extract of the Golden Book of the Aragonese Cuisine first edition, an International Gourmand World Cookbook Award as the best book in Spanish in the “Local Cuisine” category.