Enjoy this tasty recipe with our Anayón Chardonnay. 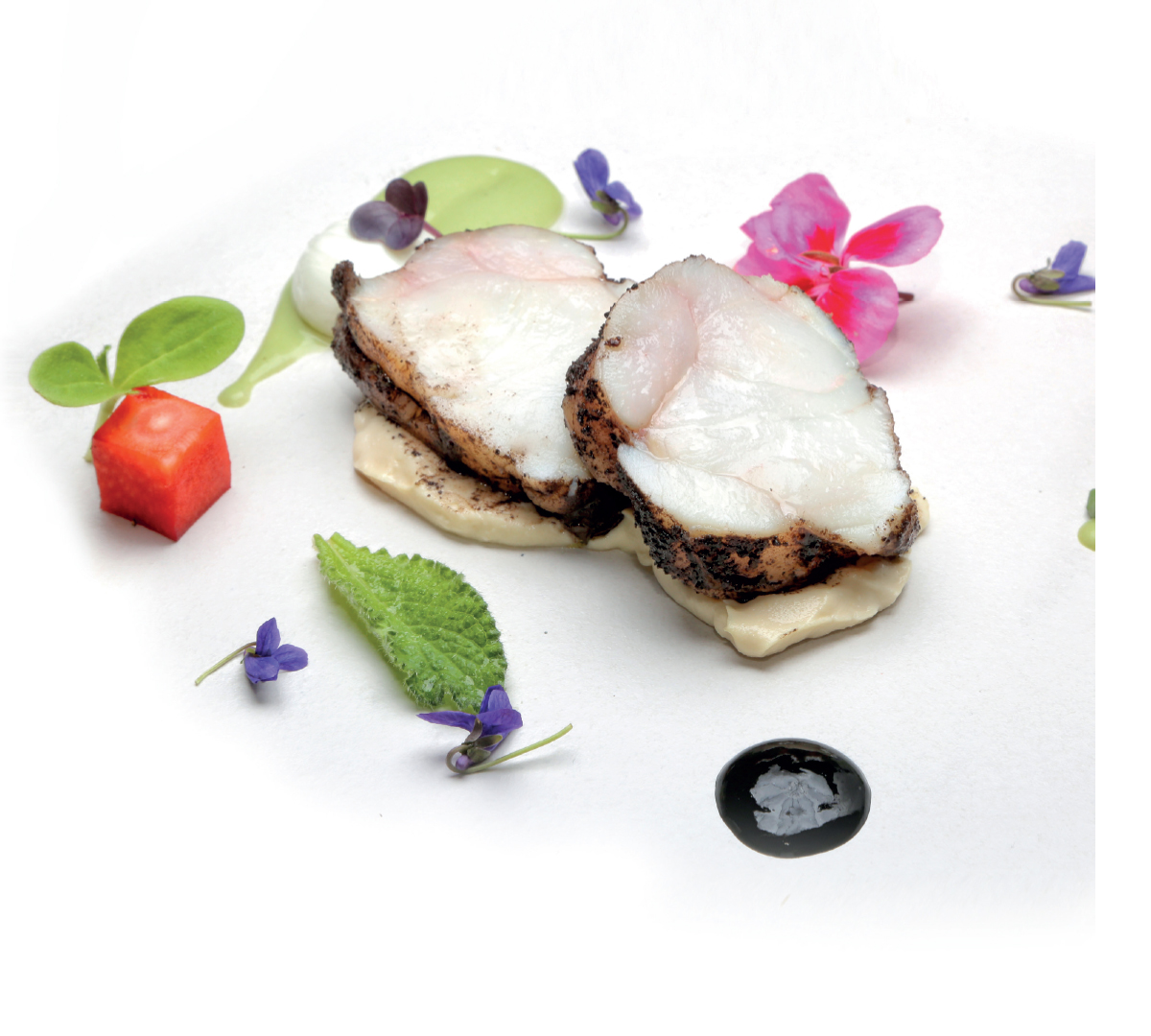 For the “Ajada” (garlic sauce):

For the creamed borage:

For the black oil:

To assembly: place the monkfish on top of a portion of the “ajada” on a plate, and accompany with the sphere of cheese and the creamed borage sauce. Decorate with a few drops of the black oil.

Pedro Martín enjoys cooking and this is displayed in his daring and colorful dishes. Since 2002 he has been in charge of the dynamic kitchen in El Foro, where he is always creating, organizing themed days and defending the produce from his land. He began cooking at home in Alhama de Aragón, and these are the flavors and aromas that he is always looking for while remaining open to fresh new ideas. A long professional trajectory that includes large scale catering, restaurants as well as important hotels like Melia and Boston have made Pedro a multifaceted cook whose joyfulness is infectious.

The recipe of black monkfish with Alto Aragón “ajada”, creamed borages and “Tronchon” cheese sphere with black olive oil from Bajo Aragón as well as the Chef bio is an extract of the Golden Book of the Aragonese Cuisine first edition, an International Gourmand World Cookbook Award as the best book in Spanish in the “Local Cuisine” category.

A look back at the history of Grandes Vinos through an exhibition featuring our most iconic bottles from the past 25 years.
View more
To mark the 25th anniversary of Grandes Vinos, we’ve launched a 25-page commemorative book that captures the essence of our company.
View more
Cork stoppers are essential to keep our wine in optimal conditions preserving its flavor. At Grandes Vinos we show you their properties and alternatives.
View more