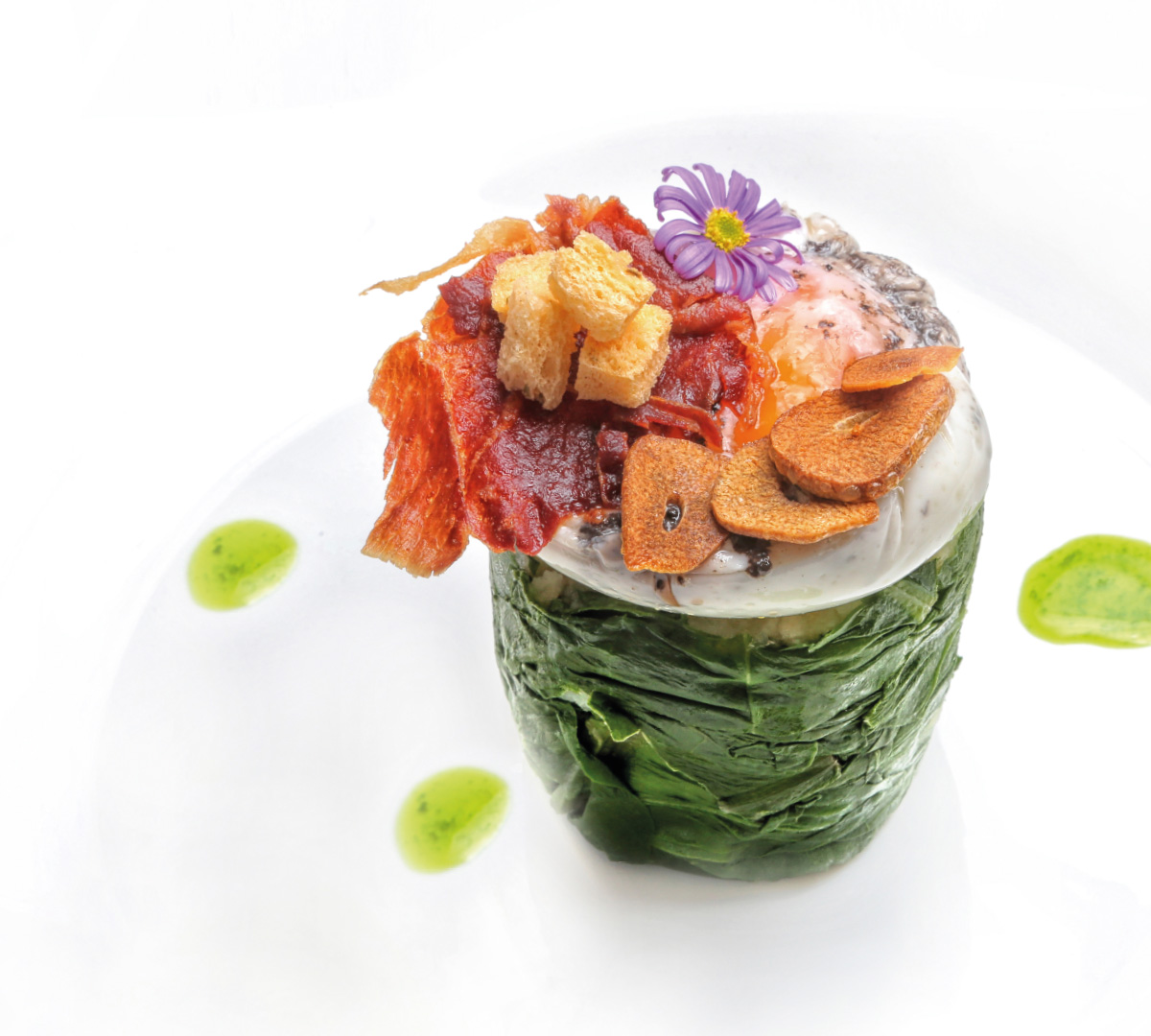 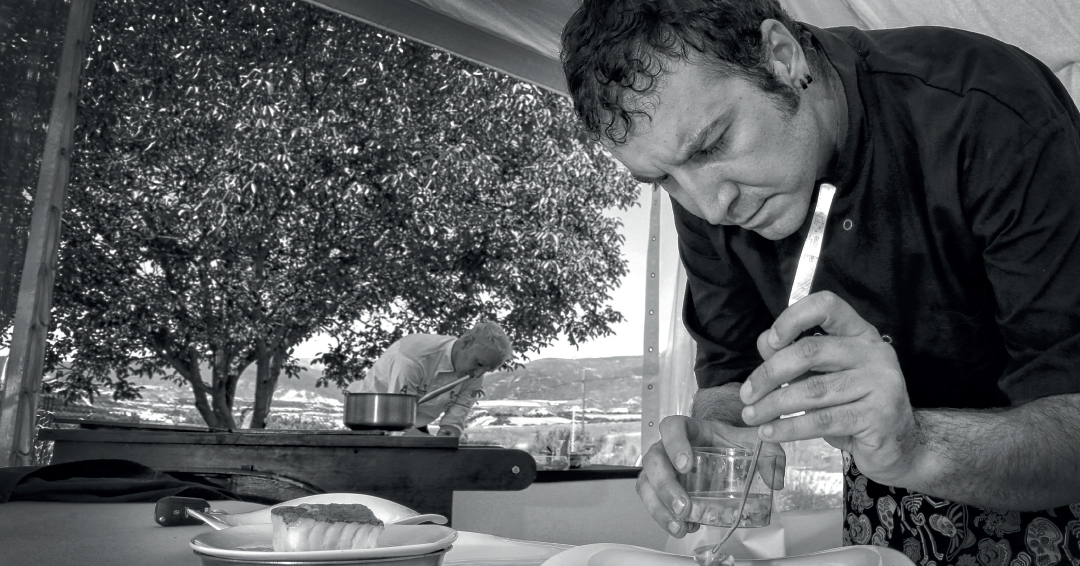 Ruben Quilez grew to appreciate cooking helping his grandmother in the kitchen, so when he had to choose his studies, he enrolled in the Escuela de Hostelería TOPI where he found the support of the teachers Antonio Lahoz and Moises Andaluz.

Thanks to them he started working in the Hotel Don Yo with Domingo Mancho and after two years he moved to the valley of Tena in the Pyrenees. There he met Toño Rodriguez and Alfredo Cajal and he became part of their team..

The recipe of My grandmother’s chard as well as the Chef bio is an extract of the Golden Book of the Aragonese Cuisine first edition, an International Gourmand World Cookbook Award as the best book in Spanish in the “Local Cuisine” category.