Once again, Grandes Vinos shows its continued commitment to culture and Spanish cinema by participating in the production of Padre No Hay Más Que Uno directed by Santiago Segura.

Our wines Anayón Chardonnay and Monasterio de las Viñas Cariñena Viñas Viejas are projected onto the silver screen to star along with a formidable cast of actors and actresses, including the same Santiago Segura, Toni Acosta, Leo Harlem, Silvia Abril, Anabel Alonso and the well-known youtuber Martina Valeria de Antioquía. 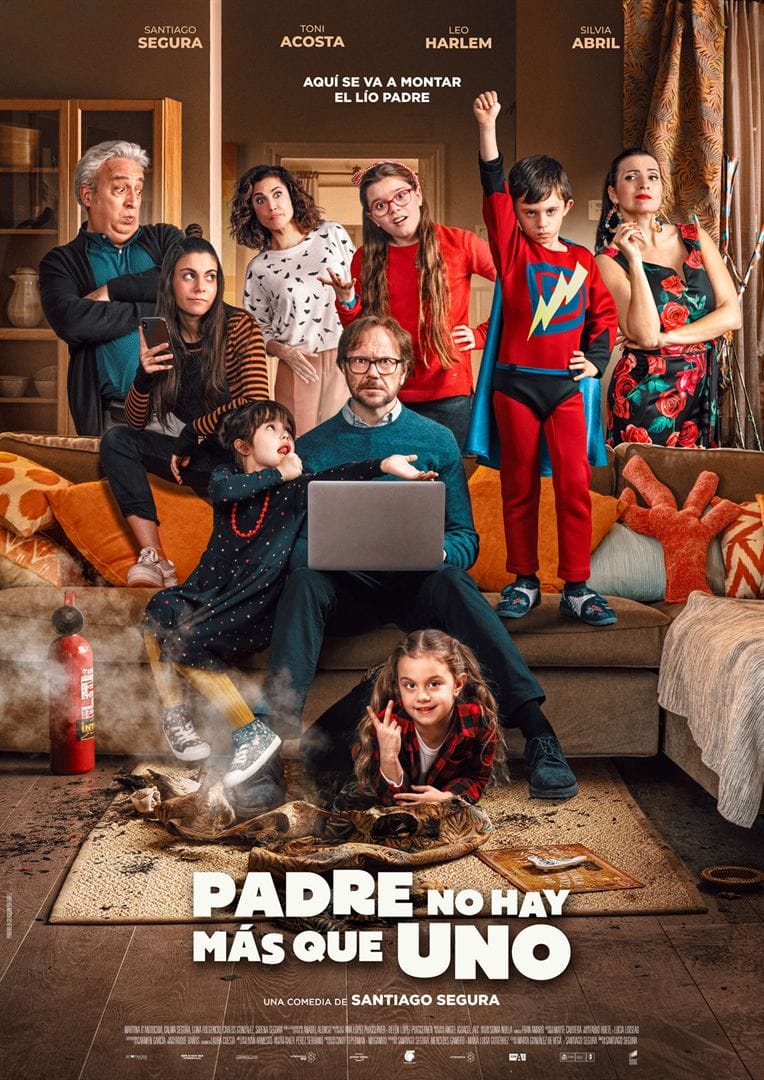 The film is a playful comedy that chronicles the chaotic misadventures of a wise and yet carefree father when his wife goes on a trip and leaves him in charge of his five children. Chaos will reign in the house with endless comedic situations that leave the protagonist distraught; yet at the same time, finally allow him to know his family in ways he never had before.

In the official film debut, Grandes Vinos also starred in the premiere, in the Callao Cinemas of Madrid, where we shared the red carpet with the film’s artistic team and our logo had a very prominent presence in the photocall . We were also present at the private party after the screening, where all VIP guests enjoyed our wines. We also wanted to share the event with our social media followers and organized a contest in which we raffled a ticket for two people to attend the premiere of the film.

With this new cinematographic collaboration, Grandes Vinos reinforces its dedication to promoting and supporting their brands in channels that match the interests of its consumers.

In our aim to maintain a solid commitment to the history, culture and gastronomy of Aragon, Grandes Vinos participates as a promoter of the ambitious project for the recovery of a great figure of Spanish cuisine, Juan Altamiras.
View more
ECO-PROWINE is a label that recognizes wineries and winemakers that promote and pursue the industry’s ongoing improvement in terms of environmental, economic and social aspects.
View more
Grandes Vinos has just obtained the Social Responsibility of Aragon 2019 Seal, a distinction awarded by the Government of Aragón that recognizes Corporate Social Responsibility and socially responsible practices.
View more