Grandes Vinos welcomes the summer with a new harvest of awards including a gold Baco for El Circo Syrah 2015. In the same competition, El Circo Cariñena 2015 has obtained a silver medal. El Circo is a young monovarietal wine range where each wine represents a circus character, emphasizing the quality-price relation.

Baco competition is the only one exclusively opened to wines from the most recent harvest without any restriction of type or origin. 50 judges from the Spanish Union of Sumillers evaluate in a blind tasting all the participants.

On the other side, several trademarks have won some medals at the Internation Wine & Spirit Competition celebrated in UK. Again El Circo Garnacha 2015 and El Circo Cariñena 2015 have obtained silver and BRONZE medal, respectively. Monasterio de las Viñas Reserva 2008 and 3C Premium 2014 got silver medals as well. 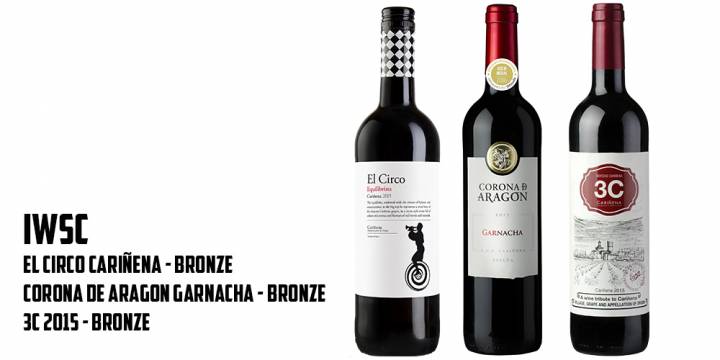 These new recognitions to the oenological quality of Grandes Vinos will have a good effect on the exportation sells of these wines due to the effect it has on global distributors and in the end customers.

Year after year, Grandes Vinos is extremely proud to see the national and international recognition that our wines receive in the best wine tasting competitions around the world.
View more
Grandes Vinos is extremely proud of the recognition that our wines have earned in the world's most prestigious international competitions, with over 300 medals won in the last five years. We have already received our first gold of 2021.
View more
Gourmets, Peñín and El País are some of the most prestigious and consulted wine guides in Spain, which have placed the wines from our Grandes Vinos winery as leaders under DO Cariñena, and among the most outstanding in the country, with scores exceeding the coveted 90 points, in their 2020 edition.
View more